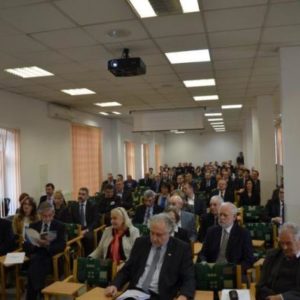 On 10-12 December 2014, at the Center of the Polish Academy of Sciences in Będlewo near Poznan, a scientific conference titled “Research and development works in the area of internal security – the role of the Polish Platform for Homeland Security” was held.

One of the main objectives of the Conference was to discuss the new form of activities and further directions of work conducted by the Polish Platform for Homeland Security. The participants of the Conference agreed that by the end of the 1st quarter of 2015, a strategy of the PPHS’s activities for the coming years will be prepared.

An important element of the conference was the panel focused on the Amendments to the Code of Criminal Procedure, lead by prof. zw. dr hab. Stanislaw Waltos.

Moreover, the following topics were presented and discussed:

The participants of the two-days-long deliberations were representatives of the Ministry of Interior, the Ministry of Justice, the Ministry of Science and Higher Education, the Ministry of National Defense, the National Center for Research and Development, the National Science Center, the Armed Forces of the Republic of Poland, the leadership and the members of the uniformed services, in particular the Police and the Border Guard, the Central Anticorruption Bureau, the Internal Security Agency, the judiciary, the public prosecutor’s office, as well as broadly-defined science and other institutions interested in the results of the research and development projects performed in the area of security.

The honorable guests of the conference included: