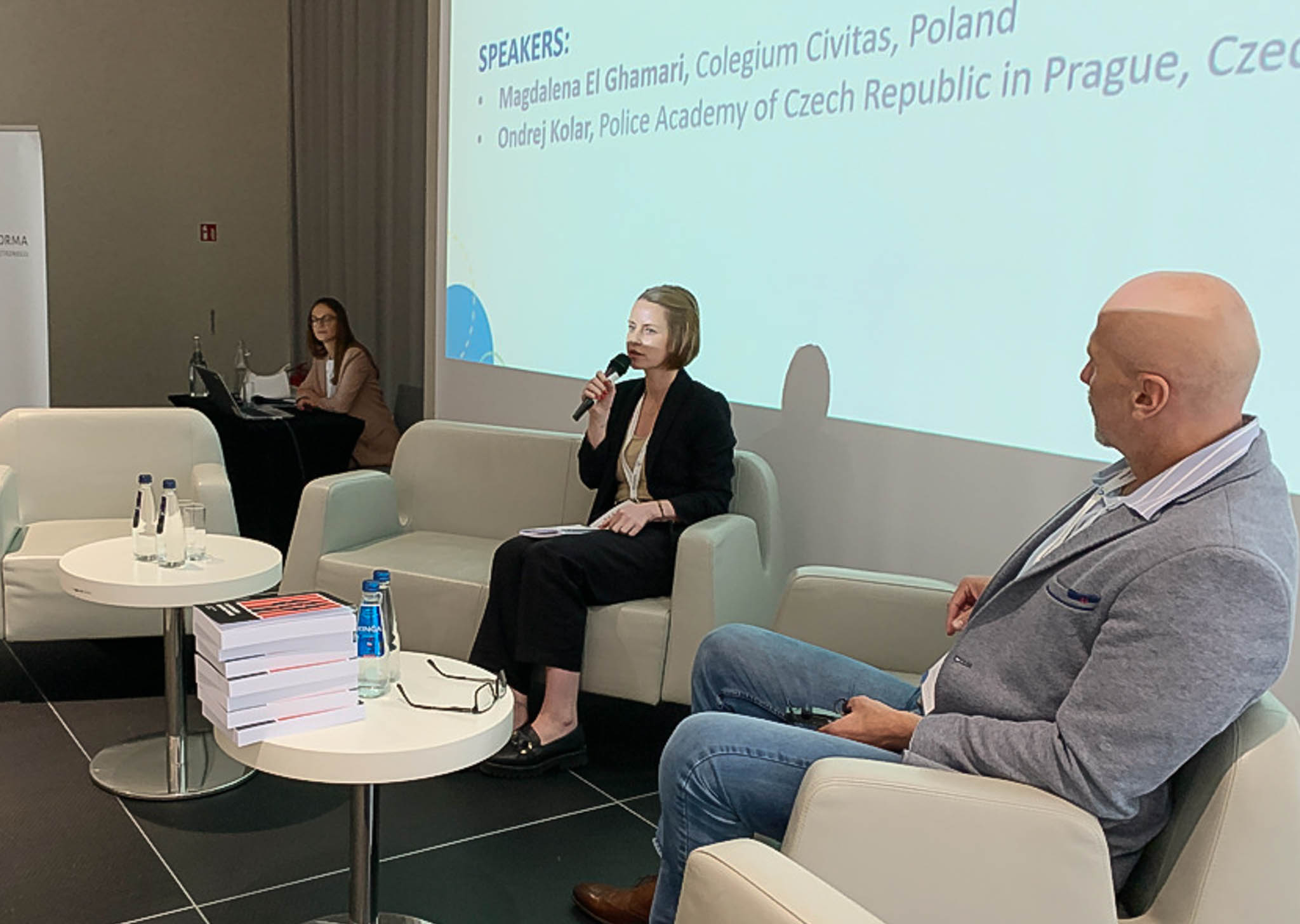 Meetings organized by PPHS were held on 27th and 28th of September in Poznań. During the first day, the participants visited the Detention Center in Poznań and took part in a project meeting. The second day was intended for people interested in the results of the MIRAD project.

he main themes scheduled for 27th of September focused on the activities carried out so far under each work package (WP):

The talks concerned current activities under the project. Among other things, it was found that more attention should be paid to presenting the results of the MIRAD project. An important point of the program was planning and discussing the works for the coming months, including e-learning courses for representatives of the Prison Service, probation officers and non-governmental organizations. One of the challenges signaled by the partners was to reach the broadest possible group of people interested in the subject of counteracting radicalization with information about the training. 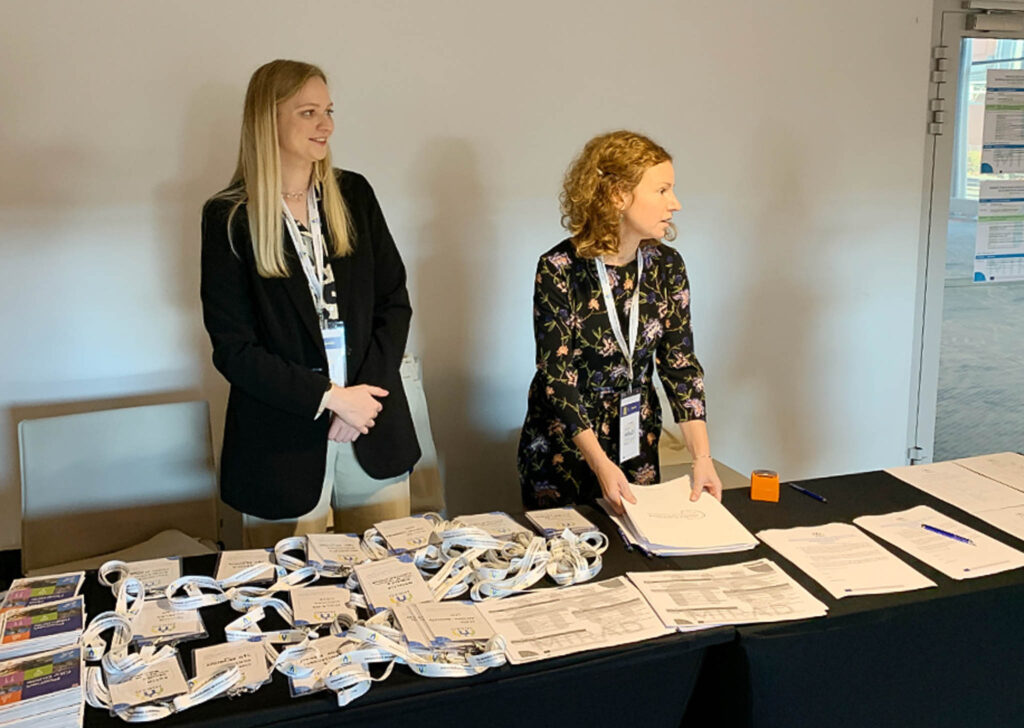 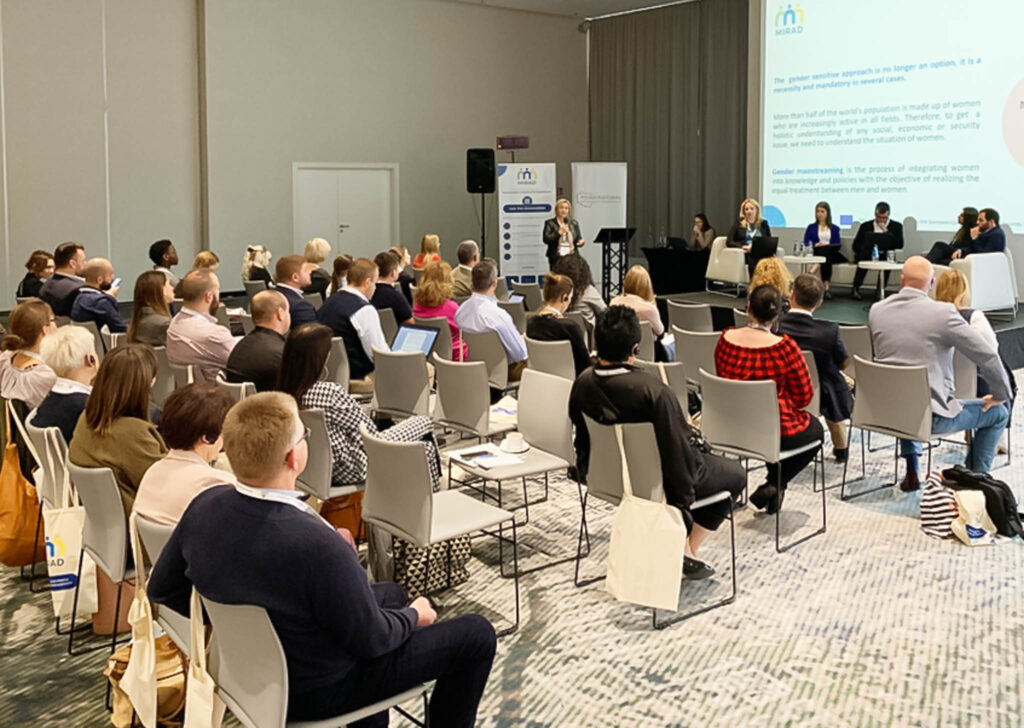 On the second day of the event, MIRAD project stakeholders took part in a symposium opened by Edyta Pazura-Umecka from PPHS and Pedro Liberado from Portuguese Innovative Prison Systems (IPS), who presented the main assumptions of the MIRAD project. The discussion was divided into three discussion panels. The first one focused on the ever-changing nature of risk. The session was moderated by Josep Garcia Colla from the Euro-Arab Foundation for Higher Studies (FUNDEA). Lively discussion took place with the participation of Nadya Radkovska related to the findings of the Prisons Group operating within the Radicalisation Awareness Network- Prisons (RAN).

In addition, the RAN perspective on risk assessment, some of the most widely used tools in Europe and anti-radicalization awareness recommendations were presented. Pedro Liberado and Vânia Sampaio (IPS) provided an estimate of vulnerability to radicalization, and then Darina Sarafova from the Center for the Study of Democracy (CSD) discussed the multidimensional approach to qualifying the radicalization threat. At the end of the panel, MSD’s Chafiaa Djouadi addressed the topic of gender mainstreaming and risk identification.

The main speech at the Symposium was delivered by Cezary Mecwaldowski from the Central Training Center of the Prison Service in Kule and Wiaczesław Bosakevych from the Ministry of Justice of Ukraine. Both speakers shared insights and facts related to obstacles, challenges and best practices of the prison service in Central and Eastern Europe in the field of rehabilitation and reintegration of violent extremism and terrorist criminals (VETO) from the Polish and Ukrainian perspective, respectively. In the second panel, Magdalena El Ghamari, PhD from Collegium Civitas focused on the evolution of far-right movements in Europe in the last five years. Then Ondrej Kolar from the Police Academy of the Czech Republic in Prague discussed the signs and challenges in monitoring extremism among inmates. 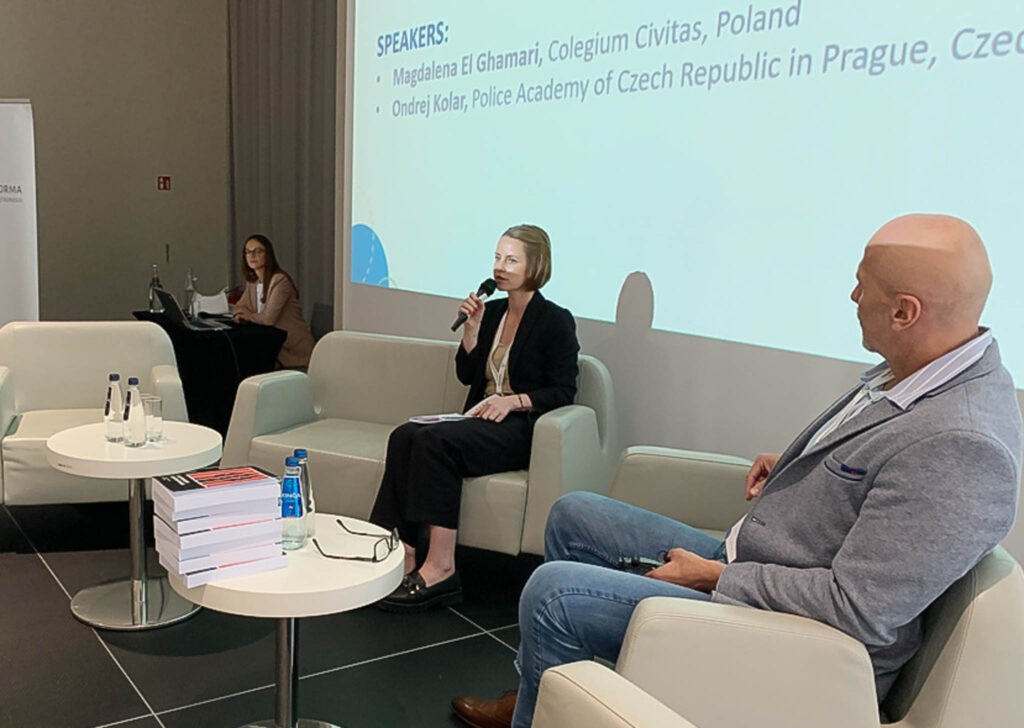 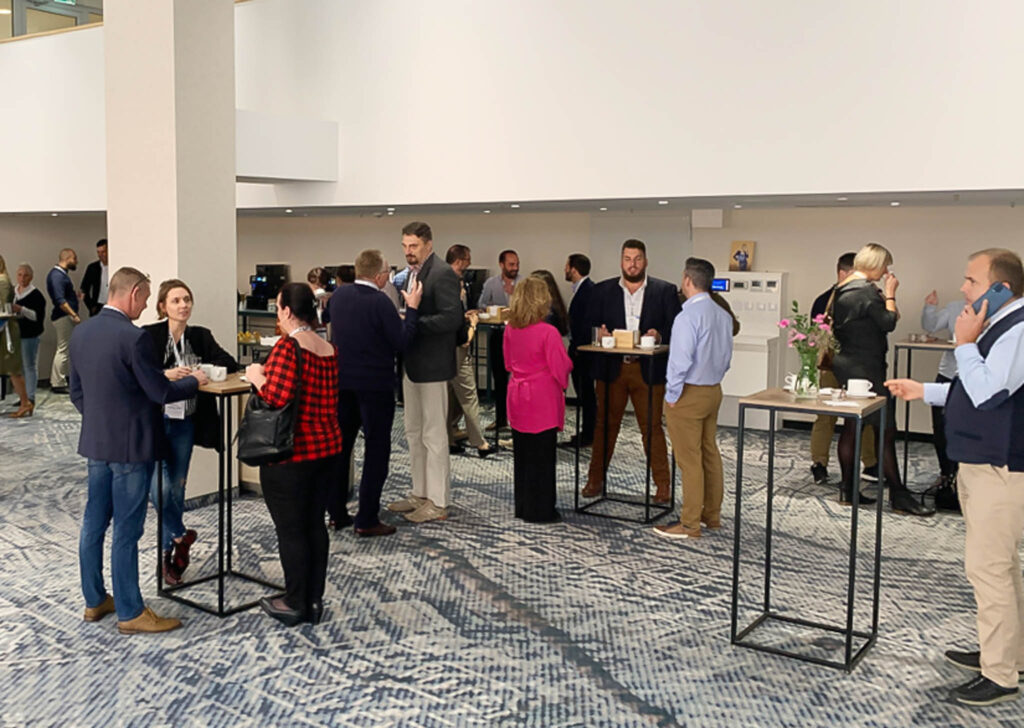 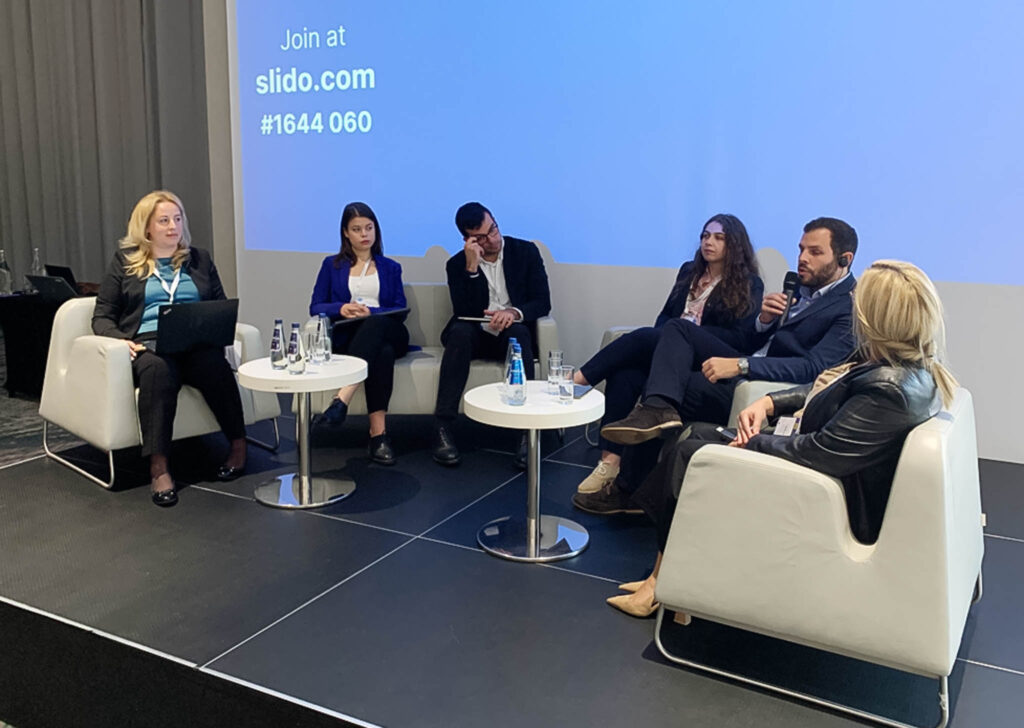 The third and last panel began with a presentation by Vasileios Giannias and Markos Sangoyan on behalf of the Action and Innovation Center (KMOP), who discussed the assessment of the credibility and capabilities of NGOs in the rehabilitation process. Maria Stoyanova (CSD) and Raquel Venâncio (IPS) focused on strengthening multi-sector cooperation for the effective reintegration of radical criminals. At the end of the session, Stanisław Czerczak from the CODEX Foundation introduced the topic of the role of non-governmental organizations in raising awareness of radicalization.

After each panel, participants had the opportunity to ask questions, which resulted in interesting discussions. The event was a success and was an opportunity to meet representatives of many professions – representatives of the Prison Service, probation officers, non-governmental organizations and experts. For the partners of the MIRAD Consortium, this constituted an important contribution to future design work.

More details about the training and other events related to the MIRAD project can be found here. 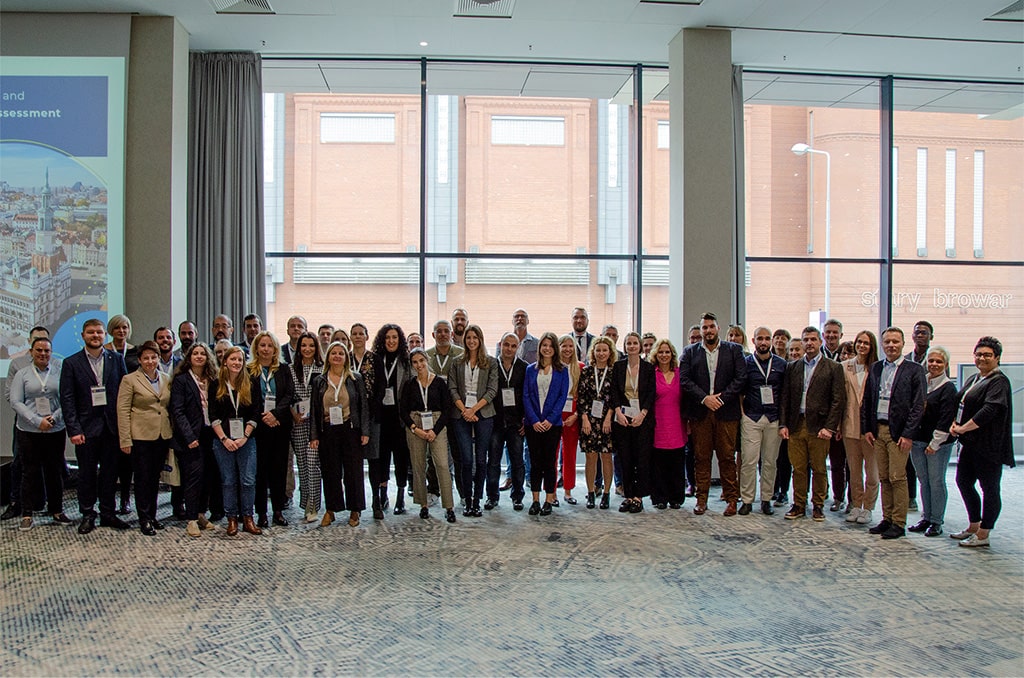