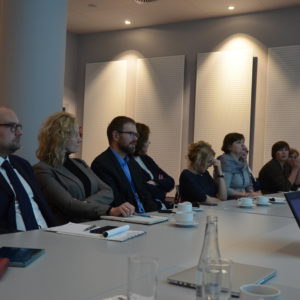 The meeting of “Observatory of threats to young people”

On the 7th November 2017 in the Marshal’s Office in Poznan was held the meeting of the “Threats Observatory for young people” which was dedicated to the MINDb4ACT project. The meeting was organized by the Polish Platform for Homeland Security and the Polish Police – Regional Headquarters in Poznan.

The main objective of the meeting was to hold a discussion on MINDb4ACT project which is dedicated to the subject of radicalization of various social groups. The project is funded by the European Commission within the Horizon 2020. The Polish Platform for Homeland Security and the Polish Police – Regional Headquarters in Poznan are partners of project acting on behalf of the “Threats Observatory for young people”. The project has started on 1 October 2017 and will end on 31 August 2020.

Representatives of the following institutions attended to the meeting: