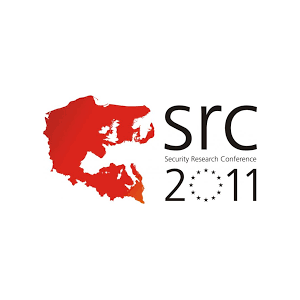 SRC’11 the biggest European event on security research on 19th – 21st of September in Warsaw!

The event is part of the official agenda of Poland s turn at the rotating presidency of the Council of the European Union in the second half of 2011. The Security Research Conference is an annual meeting organized by the member country holding the EU presidency at a given time. The first conference was held in 2006 in Vienna, followed by events in Berlin in 2007, Paris in 2008, and Stockholm in 2009. Last year s event was hosted by Oostende, Belgium. This year the honor to hold the event went to Poland, which will organize this event in Warsaw.

During this year s sixth Security Research Conference, policy makers, researchers, industry representatives and end users from across Europe will meet to debate about legal, technological and organizational issues and challenges related to public safety and security today. At the conference’s technology sessions, innovative solutions developed in the course of international and national projects will be presented. The event will be accompanied by a research/industrial exhibition.

The conference is highly specialized in nature. A group of more than one thousand participants from all over Europe will be invited. Guests will include representatives from the European Parliament, the European Commission and Polish parliament. There will also be officials from Poland’s Ministry of Internal Affairs and Administration, Ministry of Defense, Ministry of Science and Higher Education, the National Center for Research and Development, and security services, in addition to research institute directors, university rectors and prominent scientists, industry professionals and politicians.

Detailed information on the Security Research Conference 2011 can be found at: www.src11.eu.