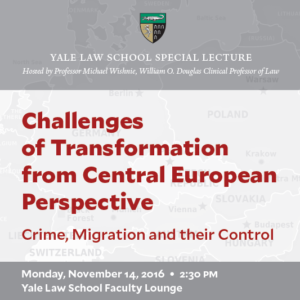 Special lectures of the PPHS’s Coordinator in the USA

We are honored to inform you that the Head Coordinator of the PPHS, Professor Emil W. Plywaczewski, during his study visit in the USA, gave two special lectures: at the Yale University and at the Loyola University in New Orleans.

The first lecture took place on 14 November 2016. Professor Emil W. Plywaczewski, invited by Professor Michael J. Wishnie, the Deputy Dean for Experiential Education at the Yale Law School and director of one of the oldest (with over forty years of history) legal clinic in the USA, gave a lecture titled “Challenges of Transformation from Central European Perspective: Crime, Migration and their Control”. In his lecture, Professor Plywaczewski discussed the Central European point of view on crime trends, the problem of migration, and various aspects related to control of crime.

On 15 November, invited by Professor Ronald W. Serpas, the former commander of the New Orleans Police, Professor Plywaczewski visited the Department of Criminology and Justice of the Loyola University in New Orleans, where he gave a lecture titled “Crime and Its Control from a Central European Perspective”. 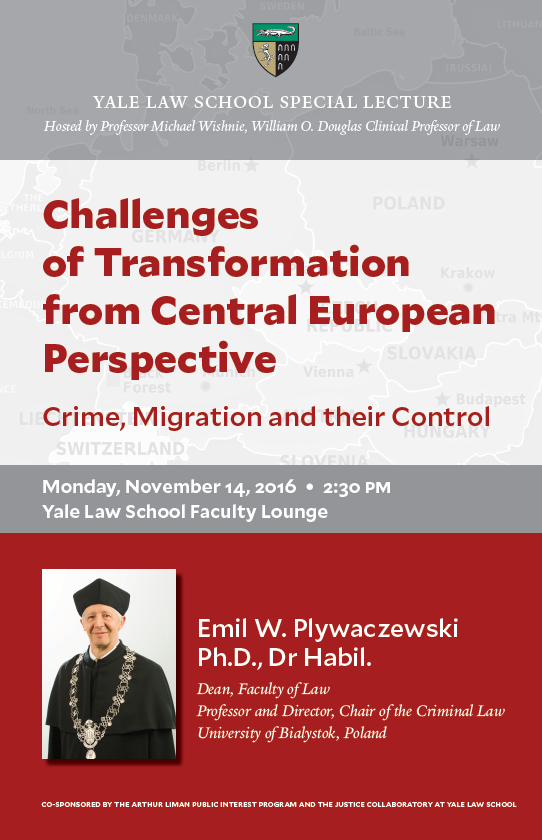