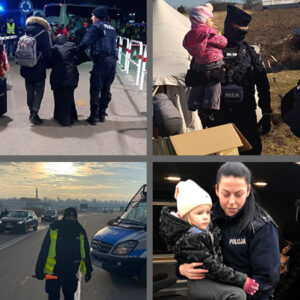 Situation on the Polish-Ukrainian Border

On February 24, the war in Ukraine began due to the Russian invasion. This tragic fact triggered a wave of refugees who began to look for a safe place in neighbouring countries (Poland, Slovakia, Moldova, Romania, Hungary) from the areas affected by the conflict.

Until now the Polish-Ukrainian border and the external border of the European Union exceeded over than 2,000,000 refugees – and the number continues to grow daily. The Polish Police as a public order service operates in a state defined in the regulations as “State of Increased Readiness to Act”.

Jakub Gorczynski, who is the First Deputy Commander of the Provincial Police Headquarters in Radom, shared the following information:

“We carry out tasks related to supporting the activities of the Polish Border Guard in border protection, both on the border with Ukraine and on the border with Belarus, where incidents and attempts to illegally cross the border are constantly taking place. In addition, we protect throughout the country: Reception Points, Transition Points, Refugee Locations Centers, Communication Hubs and Humanitarian Aid Points. We escort trains and buses with refugee humanitarian convoys. We ensure the passage of passageways from the border to the country’s interior. Also, we operate in the high-risk mode of cyberattacks, protecting important facilities of the Critical Infrastructure. Police officers from all over the country, including: Riot Units, Traffic Police Service, Counter-Terrorist Units, Criminal Service and Helicopter Police, support colleagues from border garrisons in these activities.

Police officers from my units are stationed in the province — Lubelski and Podkarpackie, where they serve directly at border crossings, on roads and communication junctions. Morale is high, and so is the understanding of the gravity of the situation and the human tragedy of refugees. We also run charity campaigns involving receiving families of Ukrainian policemen in the homes of Polish police officers, collecting money and food, and things needed both in Ukraine and for refugees here in Poland.”

The mainboard of the independent self-governing trade union of police officers became a coordinator for police trade Unions from Europe. The President of the mainboard, through the central office of the European Police Union (EPU), also turned to the police trade unions in Europe for financial and material support for police officers from Ukraine, at the same time taking responsibility for the delivery of collected equipment to the Polish-Ukrainian border.

Contributions can be made in their own countries to the accounts indicated by the police trade unions or to a bank account in Poland: ING Bank Śląski S.A. INGBPLPWXXX 55 1050 1025 1000 0090 8154 9991 with the note “Help for Ukrainian policemen”. If you want to support, please feel free to contribute.” 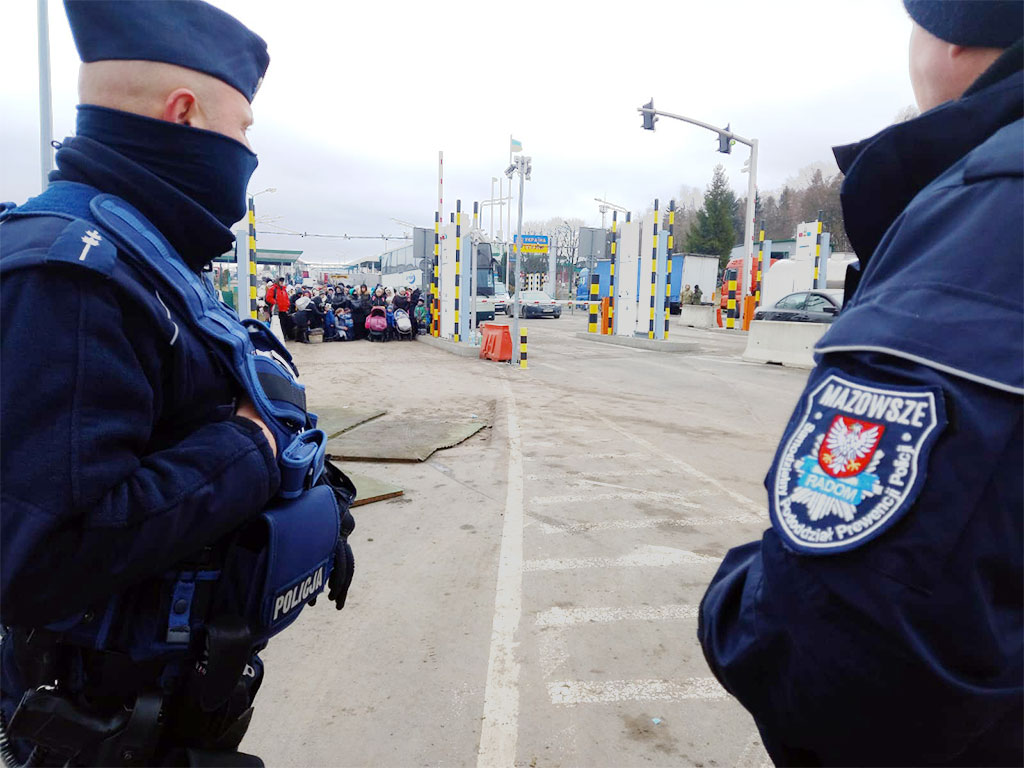