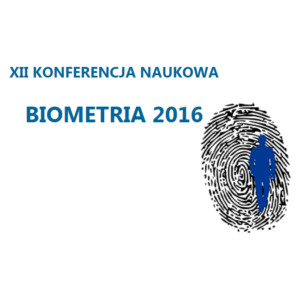 Report from the conference titled “Biometry 2016”

The organizers of the 12th Scientific Conference BIOMETRY 2016, held on 22 September 2016 in Warsaw, would like to thank all participants for attending the conference and their involvement in an interesting exchange of opinions.

During the Conference 22 presentations were given on topics associated with biometric methods, applications, and legal and social aspects of biometry. Hitachi presented at its stand a biometric box opening system and the Gdańsk University of Technology presented a poster about a distributed laboratory for application of biometry in banking.

The program of the conference (available here) was divided into three parts: legal issues related to the use of biometry, research problems and examples of implementation, among others in the area of security (in this part, presentations were given by representatives of the Internal Security Agency, the Central Forensic Laboratory of the Police, and the Border Guard). The conference materials can be downloaded from the biometria 2016 website.

The honorary patrons of the conference were the Minister of Science and Higher Education and the Minister of Digitalization. The partners of the event were the NASK and the Polish Platform for Homeland Security.

The conference was organized by the Institute of Mathematical Machines and the Warsaw University of Technology.