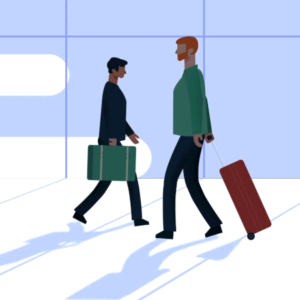 The Polish Platform for Homeland Security has participated in an international project on anticipating terrorist attacks in public transport entitled “Procurements of innovative, advanced systems to support security in public transport” (PREVENT).

The main purpose of the project was to provide the suitable technology for early detection of potential threats, tracking of detected persons and coordination of the responses of the security services. The project was financed by the European Commission under the Horizon 2020 programme. Its implementation will last until the end of July. Therefore, the project’s partners have prepared a dissemination video.

Twelve terrorist threats were identified, of which six were seen as particularly important:

To prevent these types of attacks the Consortium identified and analysed various new technologies applying three essential criteria to each: its relevance to a critical need, its technological maturity and the economic and regulatory constraints. After in-depth analysis and voting sessions, unattended items were identified as the number one priority. The tasks performed by the project team will be the basis for applying for co-financing of another project focused on conducting a PCP for public transport operators.

PREVENT 2 aims at conducting a Pre-Commercial Procurement of prototype systems that respond to the common security challenge identified in PREVENT:

More information about the project can be found at its website: https://prevent.eng.it/.

The project has received funding from the European Union’s Horizon 2020 Research and Innovation Programme under grant agreement no 833444.