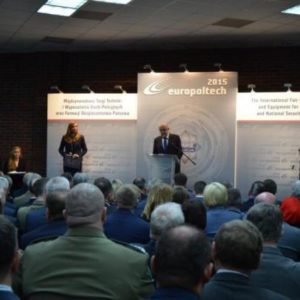 On 15-17 April 2015, the International Police and Security Services Technology and Equipment Trade Fair Europoltech 2015 and the 7th International Police Conference titled “Protection of Financial Interests of the Republic of Poland and of the European Union” were held.

The Polish Platform for Homeland Security co-organized both these events.

The conference was attended by the leadership and representatives of national police organizations from European countries, the EUROPOL, the European Commission, the European Anti-Fraud Office, the Ministry of Finance, the Prosecutor General’s Office, the Internal Security Agency, the Central Anti-Corruption Bureau, and the Border Guard, as well as many other institutions responsible for the security of the state and its citizens.