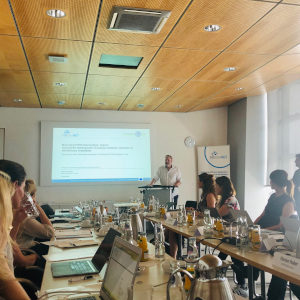 On 1-2 July 2019, the second plenary conference of the MINDb4ACT project was organized in Berlin by the Freie Universitaet Berlin (FUB), partner of the consortium. The agenda of the conference included several major points, such as the importance of evaluation in the project, ethical issues in H2020 projects, and MINDb4ACT pilot projects.

The first day of the conference took place in the seat of the Ministry of Justice and concerned evaluation of Programs Preventing and Countering Violent Extremism (P/CVE). Representatives of four institutions shared their experiences and good practices in this area: the Violence Prevention Network from Germany, the German Ministry of the Interior, the Ufuq non-governmental organization, and a representative of the EEE project.