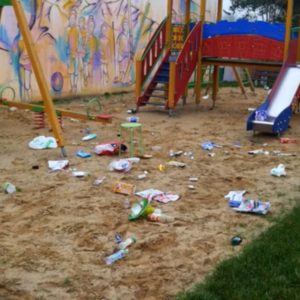 It’s safe to know it – summary of the project

The Polish Platform for Homeland Security completed the project titled “It’s safe to know it – training for police officers and contest and workshops for children from the Wielkopolskie Province about ecological education” which was performed in cooperation with the Provincial Police Headquarters in Poznan.

The objective of the project, which was financed by the Provincial Environmental Protection and Water Management Fund in Poznan, was to conduct training for police officers on topics related to social prevention in the area of legal aspects of environmental protection, as well as regular preventive classes in elementary schools in the Wielkopolskie Province on broadly defined personal safety and environmental protection.

On 15 December 2017, an official summary meeting for the project was held at the Provincial Police Headquarters in Poznan. During the meeting, a contest for a short video film that emphasized the impact that people have on the environment and the possibility to protect it, organized among pupils in grades II and III of elementary schools, was concluded.

Winners of the contest are:

1st prize: Grade III of the Elementary School in Benice.

2nd prize: Grade III of the Elementary School in Gebice.

3rd prize: Grade III of the Elementary School in Krzykosy.