i-LEAD: Reports on crime as a service and vehicle mitigation

Two reports on crime as a service and vehicle mitigation were prepared within the European i-LEAD project. These documents were developed as a part of the Work Package 4, under the leadership of the Polish Platform for Homeland Security. 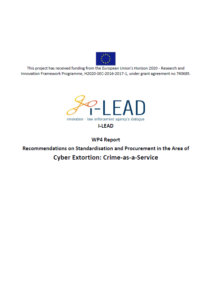 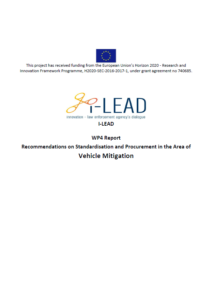 The reports were created based on Practitioner Groups meetings – representatives of Law Enforcement Agencies from EU Member States, who participate in i-LEAD project. An important role in the development of WP4 report played Netherlands Standardization Institute (NEN), which is also a direct partner of the project.