We would like to inform you that the very interesting exercises presenting the risks associated with the use of improvised explosives (IED) and chemical, biological, radiological and nuclear substances (CBRN) by terrorist groups took place.

The event was held on 22-23 June 2021 and was organised by the ABW’s Terrorist Prevention Centre of Excellence (ABW’s TP CoE), in cooperation with the Polish Airports’ State Enterprise (PPL) and representatives of the Fire Brigade, as well as with the participation of other uniformed services. During the first day at the training ground near Warsaw, explosives were prepared based on commonly available products and articles of daily use, which were then detonated to determine the scale of possible damage caused by their use in public space.

On the second day, the vulnerability of the airport environment to the hazard substances was examined. It was assessed to which extent these substances can be used to build an IED or prepare a CBRN mixture in the restricted area of ​​the airport. Selected chemical precursors were used to simulate the contamination of an airport bus. The above exercise served to raise awareness of the threats and build PPL’s ​​resilience to the risks associated with the activities of extremists and terrorists.

The activities carried out by the Internal Security Agency also contributed to increasing the level of security of both airport employees and all travellers using civil aviation. The knowledge acquired in this way will be used by the officers of the ABW’s Terrorist Prevention Centre of Excellence to future more tailored joint ventures and trainings with operators and administrators of public space.

More information about ABW’s TP CoE can be found under this link. 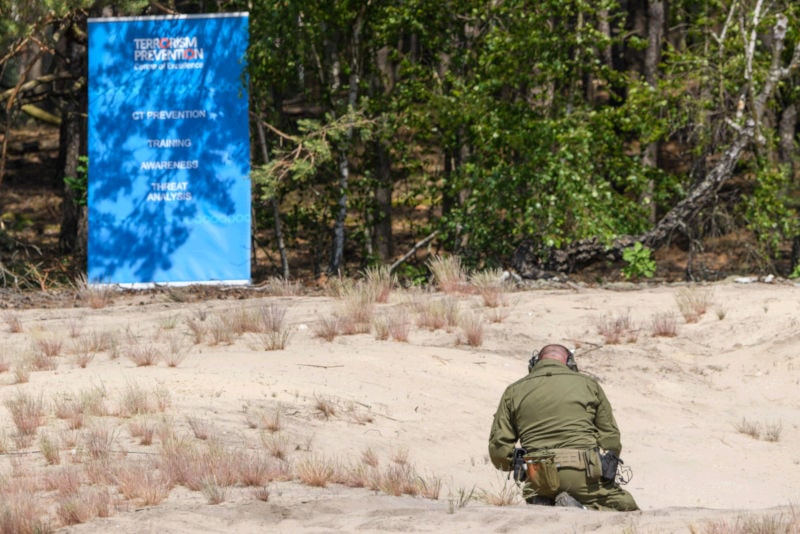