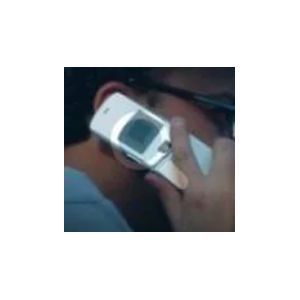 A system for analysis, classification, and support of recognition of persons on the basis of emergency phone calls

The institution performing the project:

The objective of the project is to develop a system to monitor cases of abuse of emergency phone numbers allowing form a quick classification and determination of identity of the abusing persons.

Emergency phone numbers are often misused and abused by persons who make false alarms with costly and potentially dangerous and irreversible effects (e.g. in the case of unnecessary evacuation of hospitals). There is also a danger of their potential use by terrorists and organized criminal groups, including international ones. The issue becomes particularly important due to the organization of the European football championship EURO 2012 in Poland.

A direct search through a base of recordings in order to classify and determine the identity of persons is ineffective, labor-intensive, and arduous, and requires a large staff as well as proper software and equipment to analyze the collected data. Thus, there is a need to develop a system to support effective recognition of persons misusing alarm phone numbers to facilitate the fight against crime.

An analysis of audio recordings collected as a part of an operational control will be an important application of such a system. For this purpose, a set of software tools will be developed to improve the quality of the recordings and to support their transcription.

The system developed in this project will be used to create and expand a database to store concise characteristics (i.e. a voice characteristics, the features of articulation and language, and other information on the person, such as, e.g., gender, approximate age, social group, area of origin), which will be obtained as a result of an analysis of registered calls from emergency phones in order to quickly and effectively search through such a database and to associate the results with a database of recordings of complete calls (which are stored as a standard practice). The search for such syndromes will produce a limited group of persons who are the closest matches of the syndrome and, consequently, should undergo further inquiry.

The system will be used by the Police, in both operational and process activities. After a set of persons is identified, whose voice, language, and other characteristics resemble those in the recording in question, further analysis of complete recordings will be performed using standard methods.

Project financed by The National Centre for Research and Development