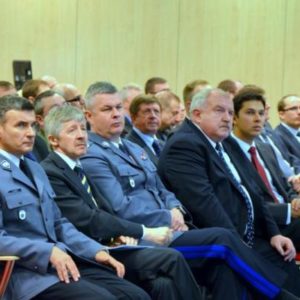 A conference of the PPBW at the National Stadium in Warsaw

On 25 June 2014, at the Conference Center of the National Stadium in Warsaw, Conference titled “The role of research and development works in the area of national internal security – completion and conclusion of projects performed as a part of the 1st Contest of the NCRD in the area of security and defense” was held. The conference was organized by the Polish Platform for Homeland Security, with the National Center for Research and Development (NCRD) as its substantive partner.

The main objective of the Conference was to present the results of the projects performed in the years 2011-2014 as a part of the 1st Contest of the National Center for Research and Development in the area of national security and defense. In addition to multimedia presentations, some of the 15 consortiums presented the results of their projects in the form of exhibits that were brought to the National Stadium.

During the second part of the Conference, representatives of the Ministry of Interior and the Ministry of National Defense gave presentations on the directions of development and the importance of research and development projects to the internal security system. The final presentations were given by representatives of the National Center for Research and Development. The presentations contained an interpretation of the provisions of § 13 of contracts for performance and financing of projects concluded with the NCRD as a part of the 1st Contest. Also, the role of the NCRD in obtaining technologies that improve the national security was presented.

The conference was attended by nearly 200 guests: representatives of the judiciary, public prosecutors offices, uniformed services, secret services, the military, the academia, the state administration, and other institutions interested in the subjects of the research and development projects in the area of security. The conference was also honored by the presence of: